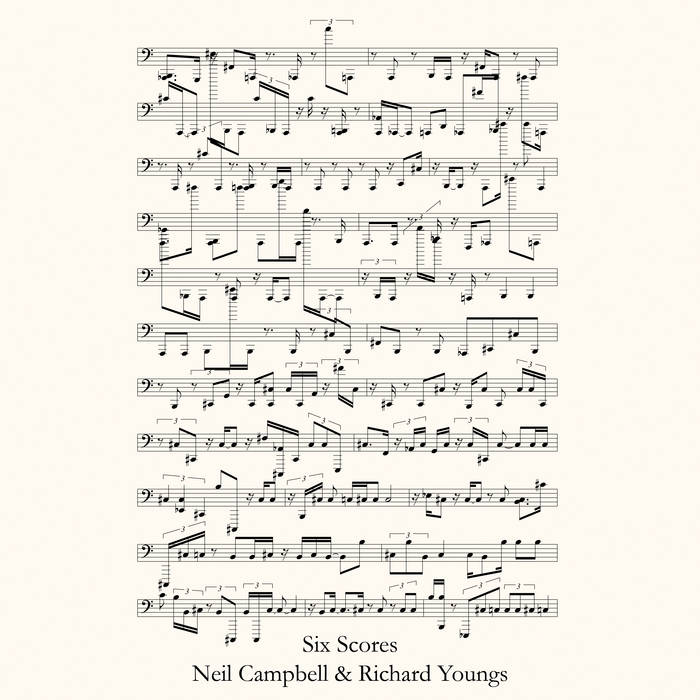 Neil Campbell and Richard Youngs were offered a duo gig in Leeds, and realized they had not done anything as a duo since the How The Garden Is LP over fifteen years ago. Opting for an entirely different approach, this time they decided to do “songs." There were some rules involved.

Both agreed to pick one instrument each, plus vocals. Richard chose violin, and Neil chose Casio. After coming up with six song titles, lyrics were written independent of one another. The next task was to write six scores that would be played by the other, so each would be singing their own lyrics while also attempting to play the other’s score.

For the gig, neither showed the scores to each other beforehand. Neil made verbal instructions, “sometimes elaborate, sometimes simple, that I thought might cause Richard some problems performing.” Richard’s scores were long, carefully notated pieces that, in Neil’s words, “would definitely cause me some problems, as I don’t read music. To compound it, he later told me most of them were unplayable anyway.”

The resulting LP is suitably puzzling, a playfully rigid yet entirely absurd set of score-based songs from two of the most frequently intriguing headscratchers out there. They were also kind enough to let me include bits and pieces from the actual scores in designing the sleeves, so lyrics, unplayable notation, and printed verbal directions are all included, if you’d care to challenge a friend.

Bandcamp Daily  your guide to the world of Bandcamp